Whether you’re a hobby baker or bake for customers on a regular basis, there’s no doubt you’ll have heard about the three main types of buttercreams. But do you know your American Buttercream from your Swiss or Italian Meringue Buttercream?

Each of the top three has pros and cons depending on the use you need them for. This blog will explain the differences and explore some of the best uses for each type of buttercream – American, Swiss Meringue and Italian Meringue.

We also provide some top tips for making buttercream at home to ensure the whole process runs smoothly on each occasion. Furthermore, we have included some ideas on how to use the buttercream you make! 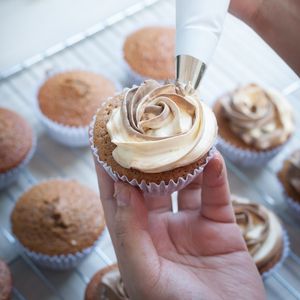 Let’s start with the most commonly used buttercream – simple American. This is the ‘frosting’ that seems to be used the most and is the simplest to make. Featuring butter, icing sugar and a splash of milk or cream for consistency, American buttercream is great for filling cakes, covering cakes and topping cupcakes.

Quick to make and simple to use, this buttercream is probably the most commonly found in the caking world. However, it does have drawbacks. Many people say it’s too sweet and it can be gritty in texture if not mixed properly. It also wilts a little in high temperatures – not generally a problem in the UK but it has to be taken into consideration for summer events when cakes can’t be kept refrigerated.

American Buttercream can form a light crust when left to set. This can be useful over drip cakes or on cupcakes, to avoid smudging the icing.

If you have any leftover, it should be fine to keep in an airtight container, in the fridge, for up to two weeks.

Using soft butter, cream until it’s smooth then add twice the weight of icing sugar and your chosen flavouring and mix well. Simple!

American Buttercream will be ivory in colour, has quite a heavy texture and is very sweet. It’s easy to pipe and is ideal if you’re in a rush to decorate a cake.

SMB is trickier to make than its American cousin because it involves whisking egg whites and sugar together in a bowl as the basis of the frosting.

Silky, light and creamy in texture, SMB is more difficult and time consuming to make than American Buttercream but stands up well because of it’s stiff meringue base. It’s absolutely ideal for piping or creating buttercream decorations such as flowers.

Many SMB fans claim its less sweet and sickly than American Buttercream and tends to be better in warmer weather.

If you need to store leftover SMB, it’s best to do so for only around five days, in an airtight container, in the fridge.

Whisk egg whites and sugar in a bowl over the top of boiling water. The mixture needs to reach 140 degrees so you’ll need a sugar thermometer (another reason why it’s less simple to make than AB) before removing it from the heat and whipping it into stiff peaks.

Add in your butter and any flavouring you’d like and beat the mixture again until it reaches a smooth and creamy texture.

SMB is paler in colour than AB but is much smoother in texture. It’s less sweet, allowing a stronger butter flavour to come through and it remains soft when exposed to air. It’s perfect for creating a smooth finish and is ideal for colouring.

Just as tricky to make as the SMB, Italian Meringue Buttercream is also very similar in taste and consistency.

However, the difference lies in the use of sugar syrup rather than straightforward sugar. Creating the sugar syrup is the trickiest part of this buttercream. It needs to be hot (240 degrees – ouch!) so a sugar thermometer is a necessity again with this one. Just like the SMB, IMB holds up well, doesn’t crust and is ideal for piping projects.

And as with SMB, IMB can be kept in an airtight container, in the fridge, for up to five days.

Whip up your egg whites before adding the sugar syrup. Beat the mixture into stiff peaks then allow to cool. Add your butter and any flavourings you need before mixing into the required consistency.

IMB is the most stable of the three types of buttercreams and feels luxurious to eat. It has the lightest texture and doesn’t develop a crust. It’s perfect if you’re creating cakes that will be kept in higher temperatures and pipes like a dream to create intricate designs.

Which is your go-to type of buttercream and have you tried any of the others? Tell us in the comment below 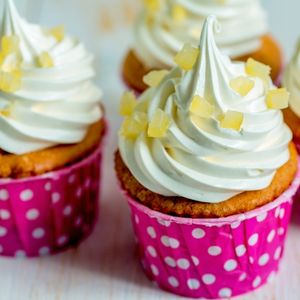 Regardless of the type of buttercream you are making, there are ways to make the whole process that little bit easier. Although making buttercream is considered fairly straightforward, we’ll take a look at the potential pitfalls to ensure you make the perfect buttercream every time.

Beat the butter and beat, beat and beat again!

The key to success for making buttercream with a smooth, velvety texture which simply melts in your mouth, is in the beating of the butter. This is something you should take your time with to ensure the butter and icing sugar is beaten enough until it is of a light and fluffy texture and not dense or heavy. 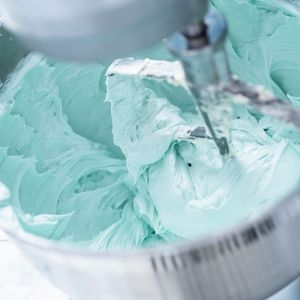 The type of butter is also important, with most seasoned bakers opting for an unsalted butter with a high fat content when making buttercream. It is also recommended that you leave your butter out of the fridge for several hours, or even overnight, to ensure it gets to room temperature and is softened before mixing with the icing sugar. 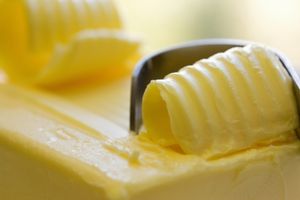 You can use milk or cream for consistency

Adding a splash of milk or cream to the mixture for consistency, particularly when making American buttercream, is fine. This can help to make the buttercream even smoother. If you are going to do this, then make sure you add the right amount and not too much.

Adding the sugar gradually and tasting as you go will ensure you create the perfect buttercream to suit your tastebuds. Adding all in one go and then discovering it is too sweet is more difficult to rectify so it’s best just to mix and taste the whole way through.

Don’t add too much liquid

If you are wanting to add additional flavour to your buttercream, it is a good idea to opt for non-liquid flavourings, like extracts and jams, to ensure you don’t create a wet and sloppy mess.

Use the right type of food colouring

Remember the liquids rule when colouring your buttercream.  Gel food colouring or oil-based colours are more suitable options than liquid or dust varieties and we have some unbeatable multi-buy offers on these bestselling ranges.  You can a achieve a broad range of shades and a little goes a long way.  Remember that colours may develop over time, so if you have time, add colour to your buttercream and see how it settles.

Sugarflair Oil-Based Colour is a great option as it is specifically formulated to work well with high fat content ingredients for even, consistent results every time.  It's a great option for buttercream and also for colouring chocolate, as well as many other ingredients such as pastry, cake batter, sugar paste, modelling paste, marzipan.  Get 4 for the price of 3 now at The Craft Company. 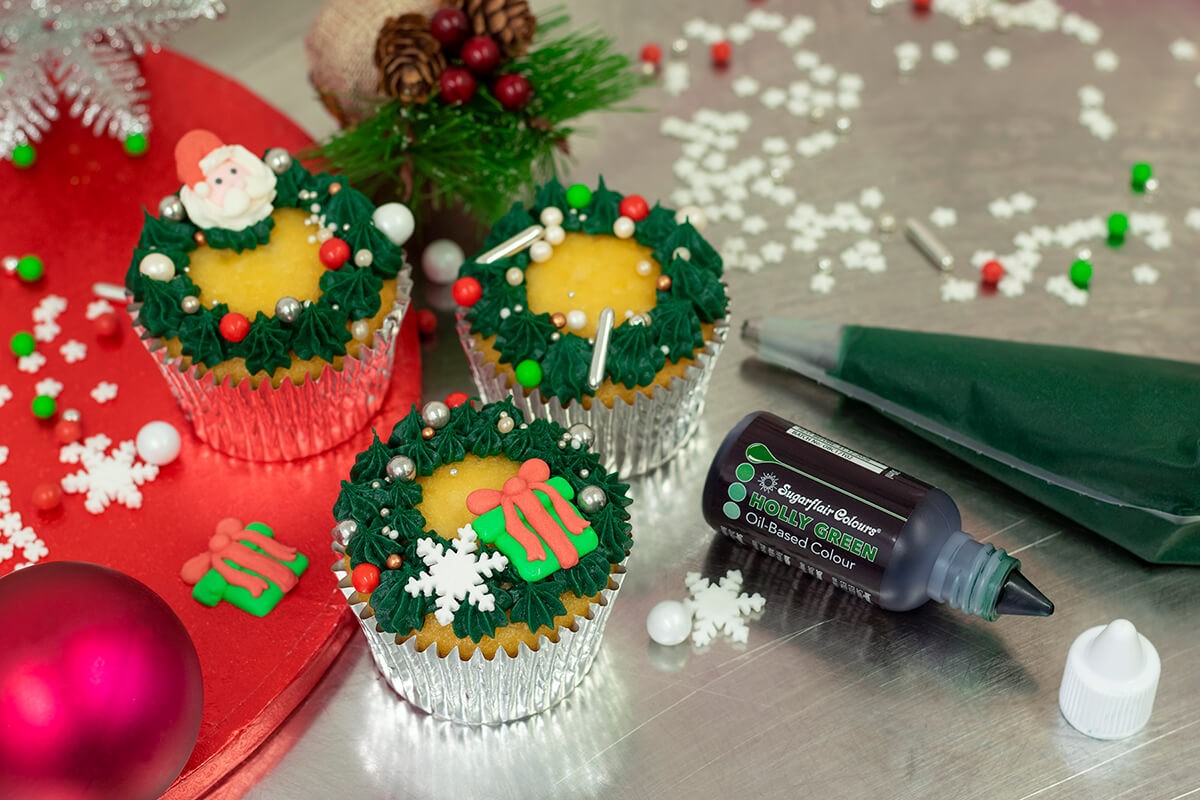 How to prevent buttercream from melting on hot days

Melted, messy buttercream is never a good look. Leaving your iced cakes or cupcakes out in warm conditions on your kitchen bench, or outside on a hot day, can cause problems. To prevent your buttercream from melting, we recommend storing your iced cakes/cupcakes in the fridge and taking them out just before they are required.

Think ahead and make your buttercream in advance

Of course, this is where you are most likely to see buttercream, on cakes and cupcakes! Not only is it used for frosting the exterior of a cake, but buttercream is also used between cake layers for that extra depth of flavour and sometimes it is accompanied by a layer of jam too.

It is the buttercream on cupcakes which provide that extra sweet flavour. You can also choose colourings to add to the buttercream in order to create the look you want. Cupcake variations like fairy cakes are also made with buttercream too. 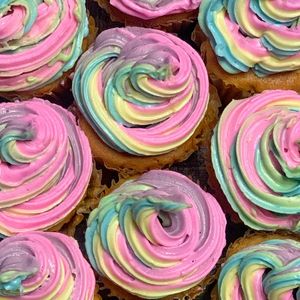 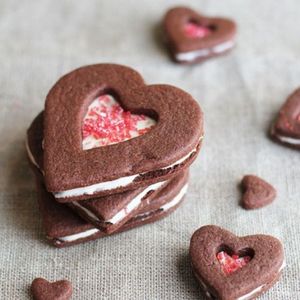 By covering chocolate fudge brownies with mint flavoured buttercream icing and sprinkling some chocolate chips over the top, you have a delicious and indulgent snack. This really combines some classic flavours to superb effect

Ok, so we’re starting to establish that buttercream can go with pretty much anything of a sweet nature. Putting a layer of buttercream icing between macarons will not only provide a great taste but the contrast of textures will also be a delight. 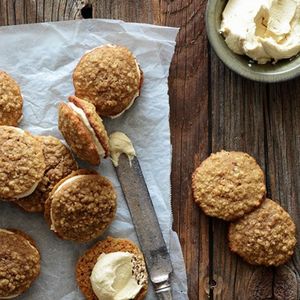 What to do with leftover buttercream

Create a Glaze – By simply adding more milk to your buttercream you can create a glaze which is perfect for drizzling over brownies, muffins, cookies and any other bakes treats you fancy.

Make Cake Balls – Crumble cake and mix with the buttercream before chilling in the fridge before forming into cake balls. These delicious treats are easy to make and provide an excellent snack.

Freeze it - As we mentioned earlier on, buttercream is great for freezing and using at a later date when you bake again!

There are currently no comments, be the first to comment.

Newsletter Sign Up Close
Back in stock notification Close